About the Sarah Partridge Library

Library membership cards may be used by residents of East Middlebury and Middlebury at both Sarah Partridge and Ilsley. Adults who live outside the town limits of Middlebury may purchase an annual membership with borrowing privileges at both locations.

Sarah Partridge Community Library has been a part of the Community House since it opened in 1924. The house and library were gifts of the Partridge family in memory of their mother, Sarah, a longtime resident of East Middlebury. The house and library operate under the aegis of the Fire District #1 Prudential Committee. The library became a branch of Ilsley Public Library in February, 2003.

Laura Fetterolf is the librarian. The telephone number is 388-7588, or you may email us. The library is located at 431 E Main St, East Middlebury. 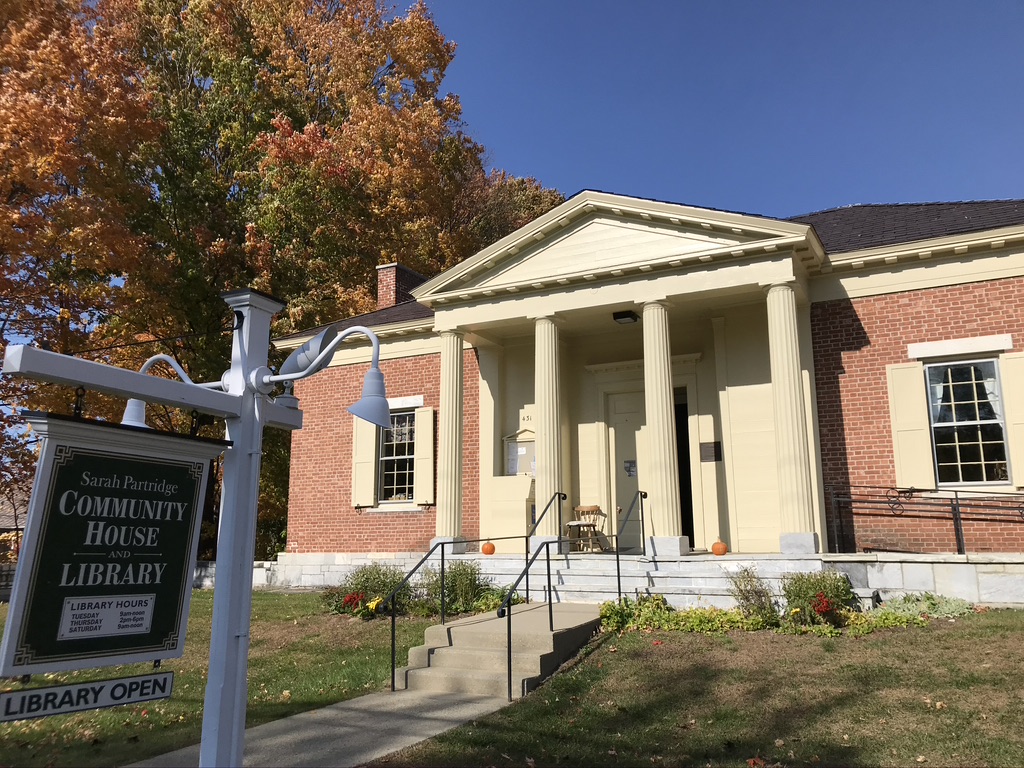