On the Road with the Ilsley 100 Team

The Ilsley 100 Project Team—assembled earlier this year to plan the future of Ilsley Public Library as it nears 100 years of operation in 2024—took a field trip in May to visit two of the newer libraries in Vermont, the South Burlington Public Library and the Pierson Library in Shelburne.

Their fact-finding mission involved a walk-through of the new facilities with each library director and an opportunity to ask questions about planning, funding, community engagement, and lessons learned.  Interestingly, both libraries were built as part of a larger municipal construction project.

Creating a Downtown in South Burlington

Located for over 45 years in the local high school, the South Burlington Public Library relocated to temporary quarters in University Mall in late 2017 before settling into a brand new building in July 2021 that also houses South Burlington’s City Hall and a senior center named for outgoing City Manager Kevin Dorn.  City Center, as the new building is called, is situated on Market Street, just off of Dorset Street, and is part of South Burlington’s larger effort to create a downtown for the community.

The new library contains some 31,000 square feet—by comparison, Ilsley Public Library is 18,000 square feet—and includes a 100-seat auditorium designed for live and virtual events and a rather plush boardroom as well as a digital lab, a quiet reading room, a young adult’s section, meeting rooms, and various children’s spaces designed to meet the needs of different ages, including a much-used “Wiggle Room” for toddlers and toddler-minders.

As you can see in our two photos below, the South Burlington library, which covers two floors—a lobby and an expansive second floor—is largely open space that has been designed with flexibility and clear sight lines in mind. 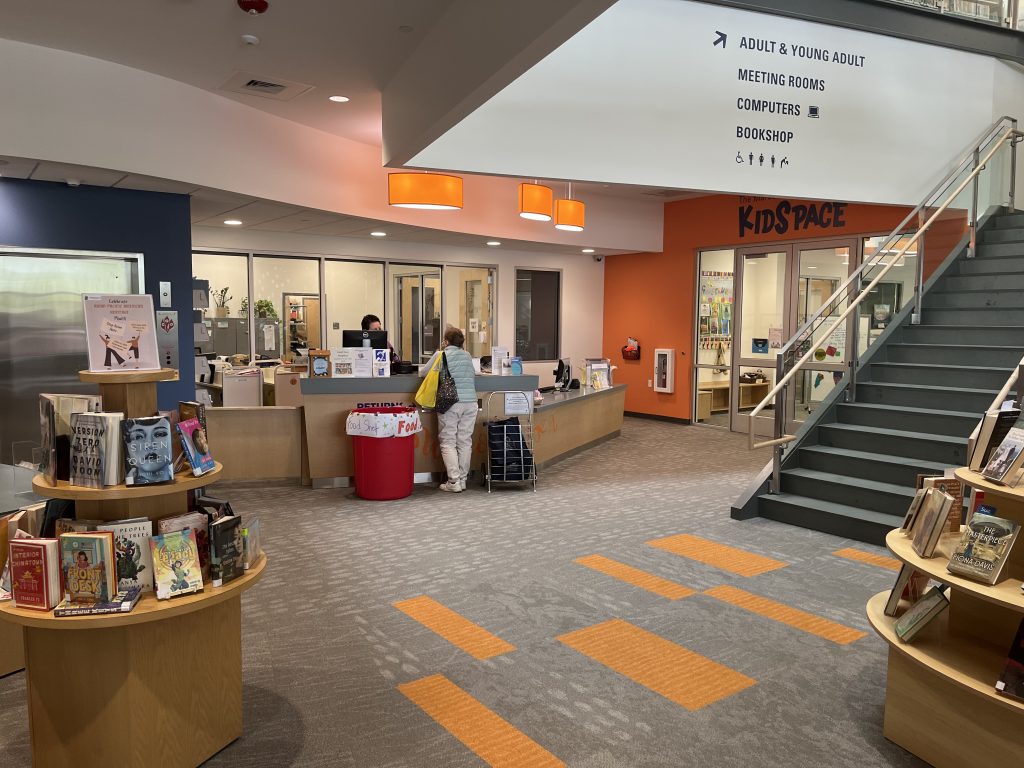 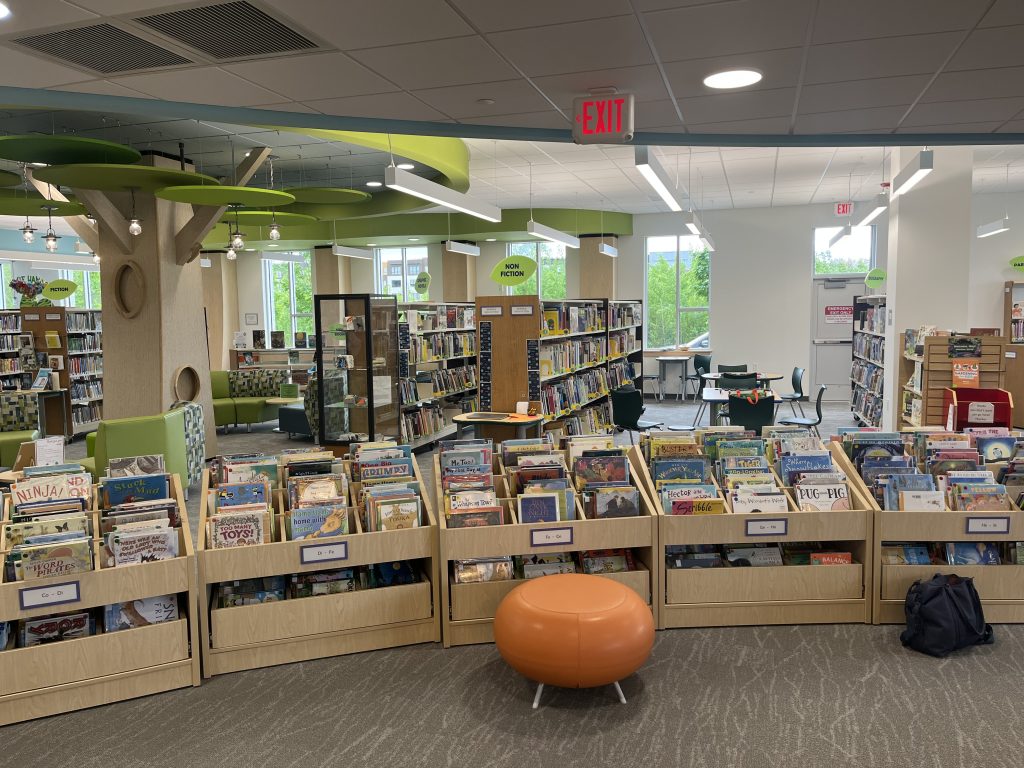 The $21 million City Center project was financed through Vermont’s Tax Increment Financing (TIF) program in which up to 70% of increased property tax revenue resulting from private investment in public projects can be retained by a municipality to finance infrastructure debt.  Essentially, the city borrowed against future tax dollars.  You can read more about TIF programs here.  City Center was designed by Wiemann-Lamphere Architects out of Colchester.

A Modern Library in Historic Shelburne

The second half of the field trip brought the Ilsley team to Shelburne’s Pierson Library, whose director is former Ilsley Public Library director Kevin Unrath.  Housed for 90 years on the Village Green, the Pierson Library was relocated in 2001 across the street to the former site of the Town offices and Police Department before being rebuilt in 2019 in tandem with the restoration of the 1927 Town Hall donated by Electra Havemeyer Webb, also the founder of the Shelburne Museum.

Featuring 12,900 square feet, the project was paid for with a $6.5 million bond approved by voters and a $1 million capital campaign that included a matching grant.  The new library was designed by Middlebury firm Vermont Integrated Architecture.  As you can see in the photos below, the Pierson Library, too, is marked by open flexible space and includes a community room with fireplace and artwork on loan from Burlington City Arts. 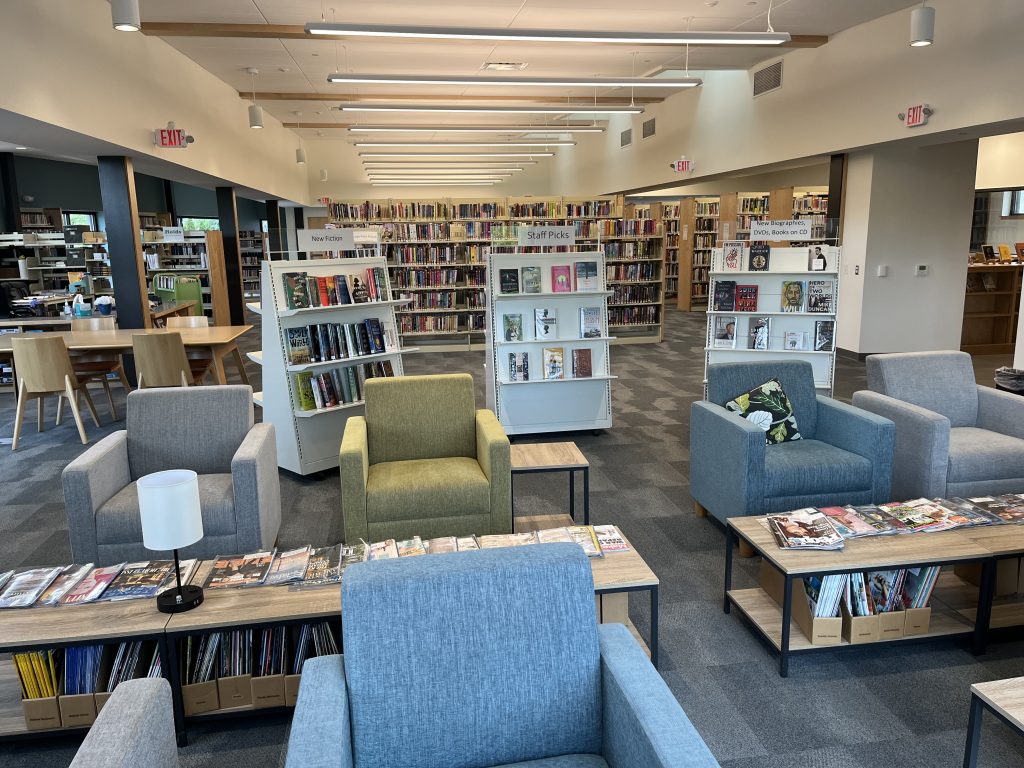 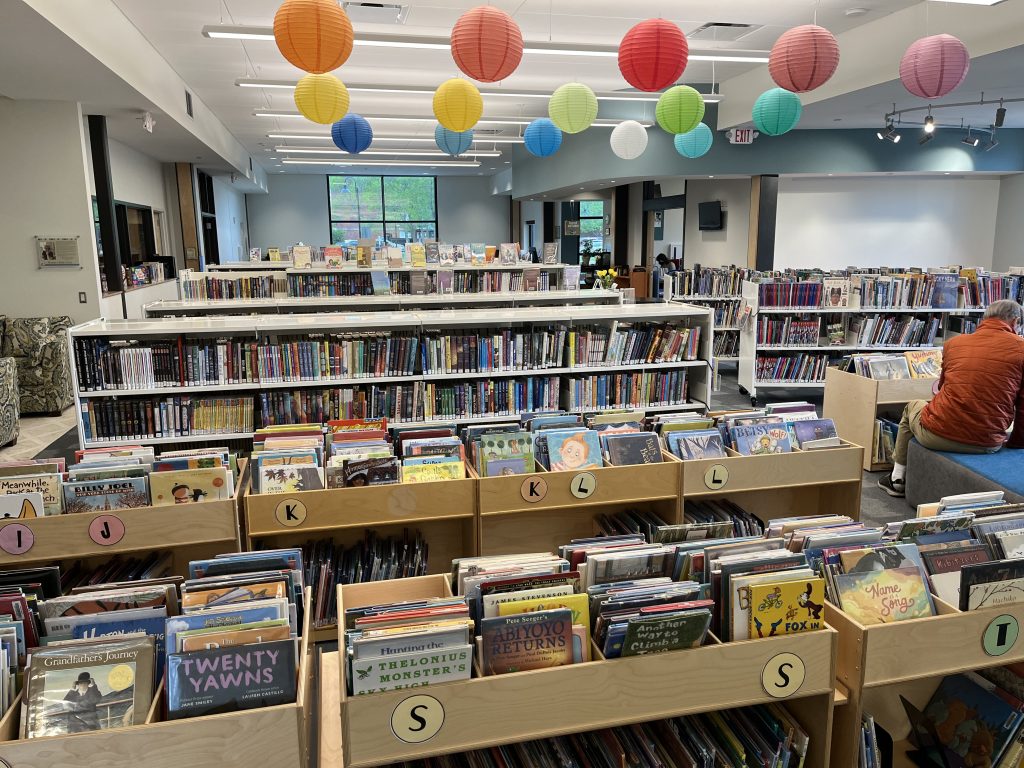 While neither of these modern spaces reflects the timeless style of Ilsley’s main lobby, the project team found much to value in their construction, including the extensive use of windows to create an inviting environment with natural light, the variety of seating options, the clear and colorful wayfinding signage, movable shelving,  a 24-hour book return, and much-needed behind-the-scenes spaces for staff and storage.

All of these observations will come in handy as the Ilsley 100 Project Team—I’ll be introducing you to the individual members of the team in an upcoming update—reaches out to the community to share its thoughts on Middlebury’s future library needs. 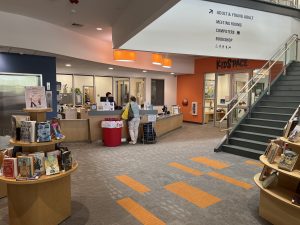 On the Road with the Ilsley 100 Team 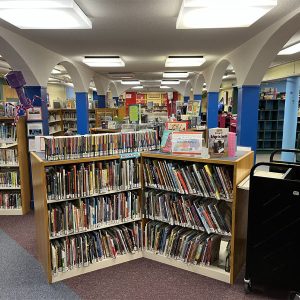 Highlights A look ahead and a look back The Ilsley 100 Project Team In 1924, the Ilsley Public Library, a gift of Middlebury resident Colonel Silas Augustine Ilsley, first opened…