In 1924, the Ilsley Public Library, a gift of Middlebury resident Colonel Silas Augustine Ilsley, first opened its doors to the community.

Nearly 100 years later, with the encouragement and support of the Middlebury Selectboard, Library Director Dana Hart and the elected members of the Ilsley Library Board of Trustees have formed a project team to lay the groundwork for the Ilsley Library’s next 100 years.

You may remember that at about the time that I took on the role of Community Liaison for our downtown bridge and rail project, the Ilsley team put a proposal in front of the community to meet the challenges of a 100-year-old building and the changing needs of the community with a new addition.

The timing wasn’t right for that proposal to move forward in 2017 but the challenges remain. I was delighted to be asked to join what is being called the Ilsley 100 Project Team as the communications specialist. As with our downtown construction, there’s real value in bringing the story directly to you. 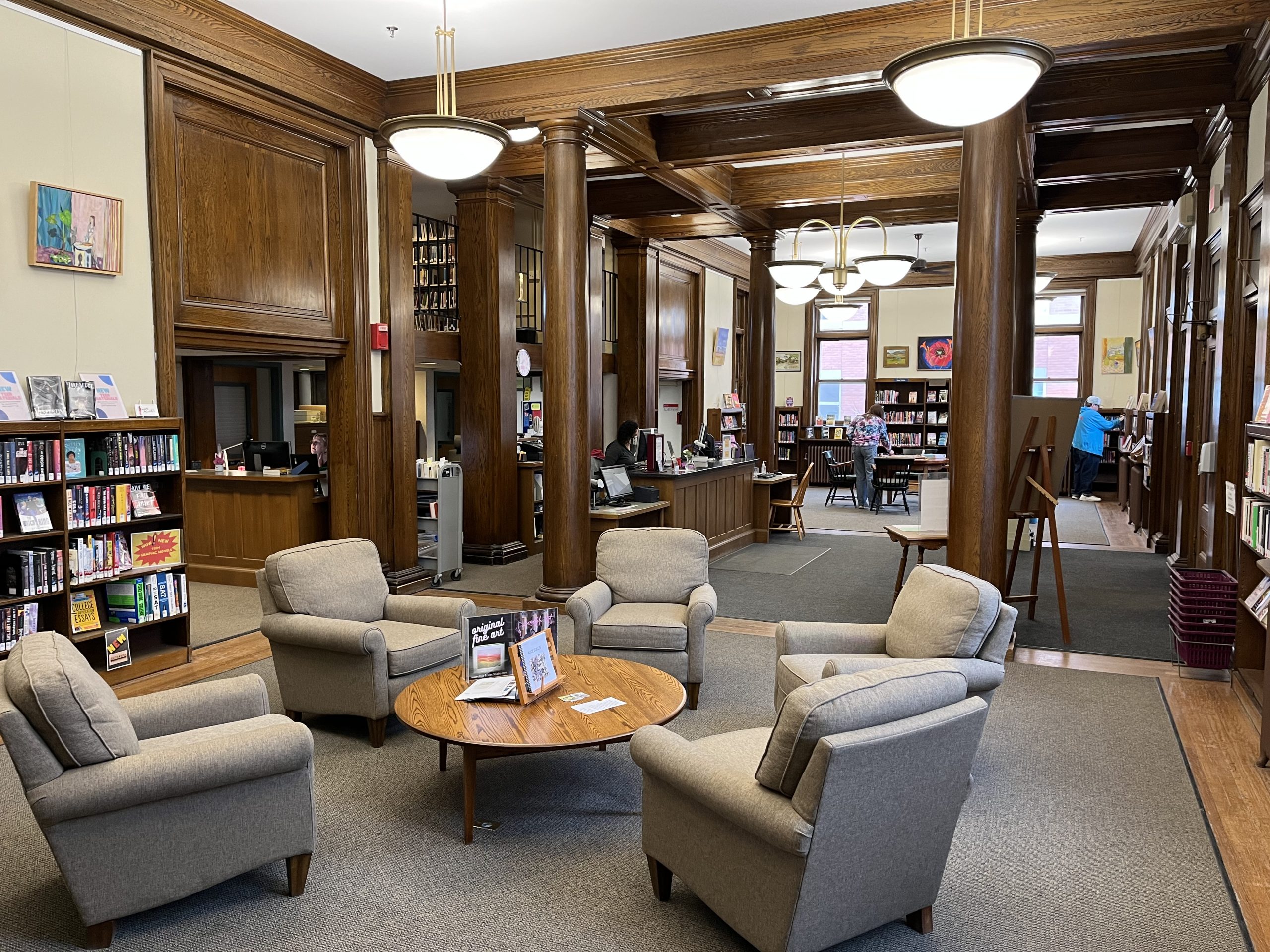 For me, too, there was a personal connection to Ilsley. At the time of Ilsley’s 75th anniversary, I served for four years as chair of the library Board of Trustees and then spent a further seven years on the Vermont State Library Board. And I have to say that the oak-paneled main lobby/reading room, shown in our first photo above, is one of the most inviting spaces in Middlebury.

In the months ahead, as we did with the downtown construction, I’ll be updating you on the Ilsley story and how the project team will be looking for your ideas on what the future should bring.

One of the most important areas of discussion will be the future of the children’s library, shown in the following photo in its basement location. When the kids attending local day care programs made their daily visits to the construction zone these past few years, I was regularly reminded that what we build today is for their benefit tomorrow. 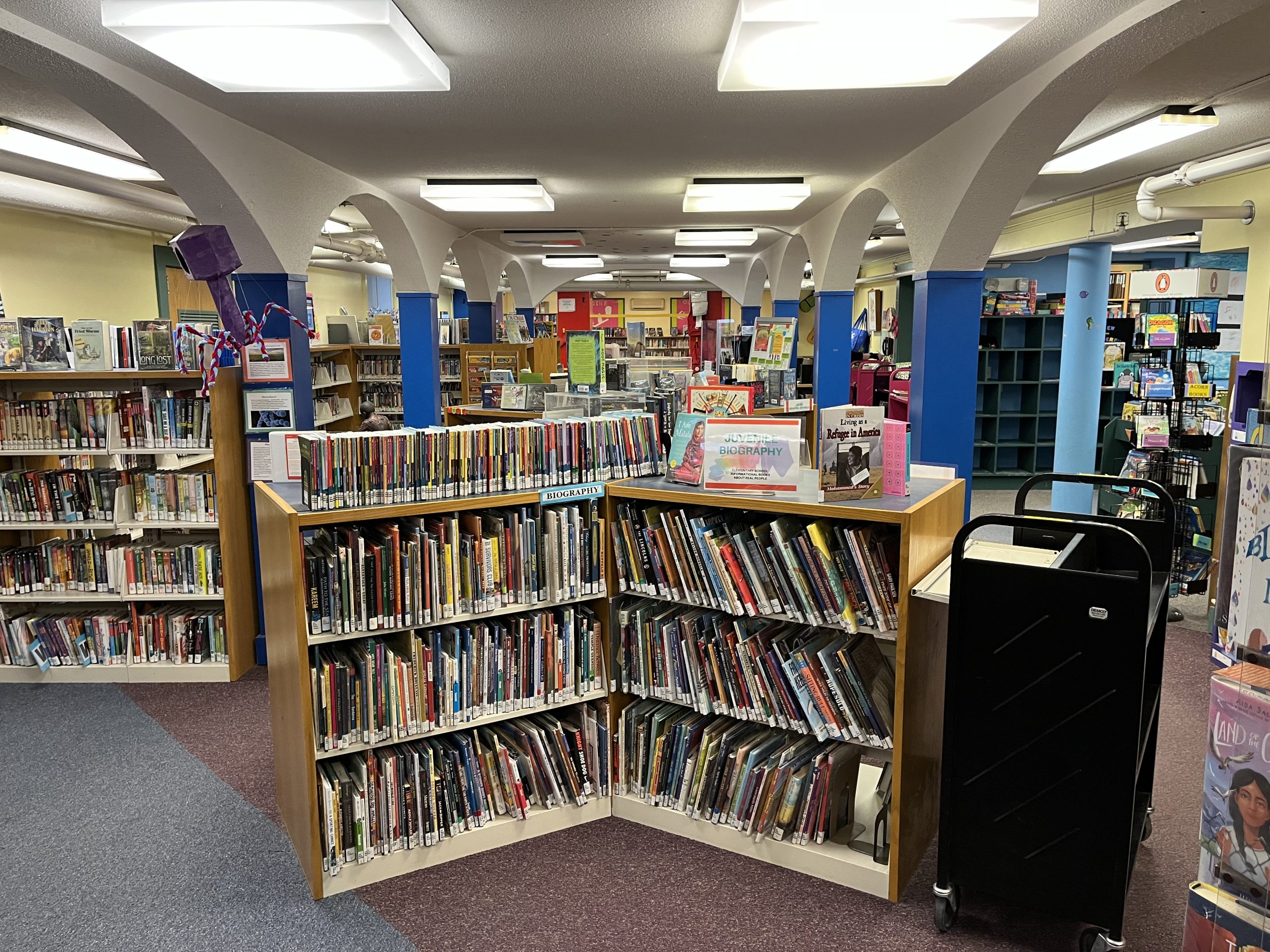 For the Historians in the Crowd

Before we wrap up, I thought you might find a little history interesting.

As I learned in Glenn Andres’s immensely interesting A Walking History of Middlebury, Vermont (recently reissued and available from the Sheldon Museum here), the Ilsley Library was preceded in the 1860s by the Ladies’ Library Association on the second floor of the original National Bank of Middlebury building at 23 North Pleasant Street (now a part of the Middlebury Inn).  This organization evolved into the Middlebury Free Library in 1912 before Ilsley Library arrived some 10 years later.

For a deeper dive into the history of Middlebury’s library, see here for a timeline compiled by the Ilsley staff.

As for Colonel Ilsley, The New York Times obituary for January 10, 1918, notes that this Civil War veteran and “retired can manufacturer of Brooklyn” had presented the granite Civil War Monument at the top of Merchants Row to the town in 1905—Glenn Andres tells us that the dedication ceremony was attended by a crowd of 6,000—and funded construction of the Memorial Baptist Church on South Pleasant Street as a memorial to his father, the Reverend Silas Ilsley, pastor of the First Baptist Church in Brooklyn.

A summer resident who retired to Middlebury in 1901, Colonel Ilsley, like Joseph Battell, helped shape the town we live in today.

More on all this to come in future updates.